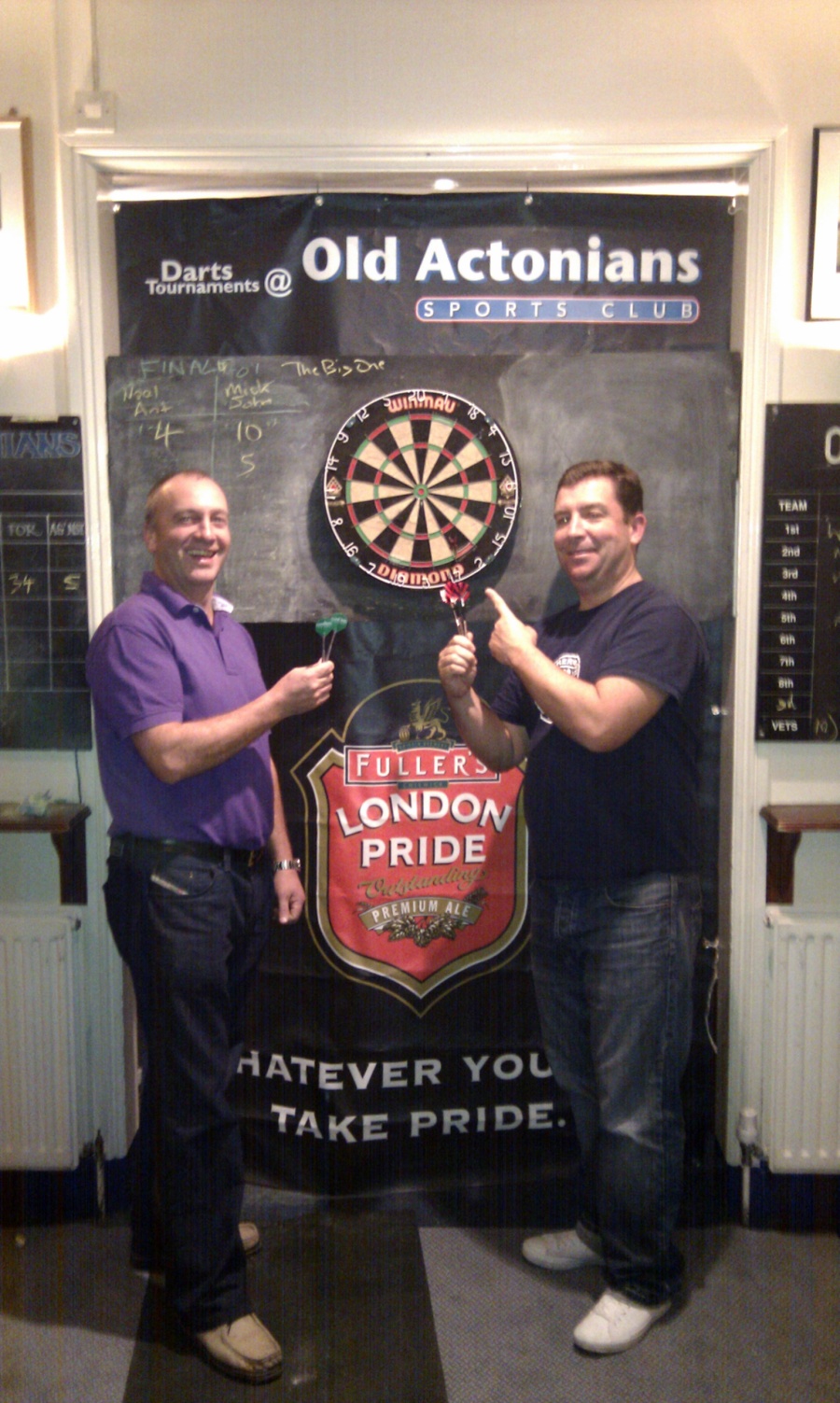 Old Actonians Youth FC was formed by a group of parents in the summer of 2006. Fed-up with the poor administration of the football club their children had joined – culminating in a trophy night being cancelled hours before it was due to take place because the trophies hadn’t been paid for! – we decided to set up our own club from scratch.

We started the 2006-7 season with four teams, U8, U9 and two U10s – around 50 players. Our main aim was to have a better run club but another priority was to have qualified coaches teaching our children rather than the “committed” parent used by many clubs. Even though that makes our costs higher than at many clubs, Old Actonians Youth FC has gone from strength to strength. We now have eight sides and over 100 players.

In our four seasons we have won two league championships, two league cups and we’ve reached two more cup finals. The club was voted the most sporting in the Hayes and District Sunday Youth League for season 2008-9 and our U10 team that season won the league’s team sportsmanship trophy. This season our U12s won the league cup and our U11s finished runners up in league and league cup.

The club depends still on willing parent volunteers to run affairs off the field. Teaming up with the Old Actonians Sports Club has been crucial to our success.  The club has been in existence since 1928 and provided much-needed know-how and financial backing in the early days of the youth football club. Many of our parent group and children enjoy the other sports available at the club, including badminton, cricket, rugby, netball, tennis, table tennis, squash and adult football. For details see

And it’s Old Actonians which provides those unique team colours which makes our players look so distinctive.

We always need more volunteers to help run the club – if you’d like to contribute and/or you have specific skills we’d love to hear from you.

U12s squad which earned a draw against Bedfont 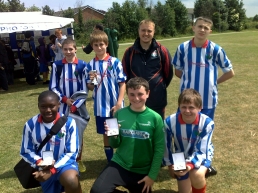 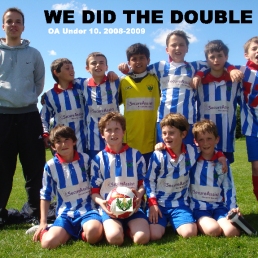 The U11 League Cup Final Squad with coach, Azeez